This one is almost as good as the last one. First off, it was a Christmas gift. Well, you might be aware that it’s nearly February. Secondly, i delayed in buying an additional ball of wool until after i started decreasing. I thought i could do it with one…at $18/ball i wish i had. Too late (aka stubborn) to go back i continued with 2 inches in single ribbing rather than the double i’d done so far.
After it all, the hat really didn’t fit the recipient well and i’m resigned to keeping it. At least when i’m wearing it i can’t see the mistakes as well as if Brett was.
(And i thought ribbing would avoid sizing the concerns of a felted one) 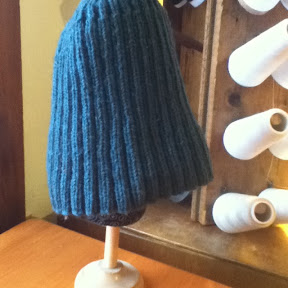 – Posted using BlogPress from my iPod

This blog is best viewed in mobile format.